In two years time, you’ll both be celebrating your 40th wedding anniversary., which is considered to be a milestone year. This may have you thinking that your 38th anniversary isn’t worth too much fuss. However, it does still deserve some form of recognition, and you can do this by choosing a suitable 38 year wedding anniversary gift for your husband. It’s also the perfect opportunity to reconnect with your spouse, and say all those things you’ve forgotten to say now your life together has become much more of a routine. Picking the perfect 38 year anniversary gift will speak volumes and show how much you still love and care about him after all these years.

Don’t worry if you’re struggling to come up with something different, as there are a number of themes you can use for inspiration. Incorporating one of the themes is a great way to add that extra touch to your 38th anniversary gift for him.

38th Anniversary Gifts For a Husband

Themes and symbols for a 38th wedding anniversary gift for him

When it comes to choosing a 38 year anniversary gift for your husband there are no traditional or modern themes to use for inspiration. However, there are a couple of gemstones that have become linked with such an occasion.

The traditional gemstone is beryl, and makes a very versatile and beautiful gemstone to incorporate into a gift. This particular gemstone is thought to increase creativity and improve intelligence, and for many years it was used by those with artistic talents as a talisman. So if your husband has an artistic side, this may well be the perfect 38th anniversary gift for him.

There is, however, an alternative gemstone linked with a 38th anniversary, and it is tourmaline. This particular gemstone also has a special meaning that is particularly relevant for those celebrating one more year of married life together. Traditionally, tourmaline symbolizes love and friendship, which is something you should both be feeling in bucket loads, after 38 years as man and wife.

Some interesting facts about beryl 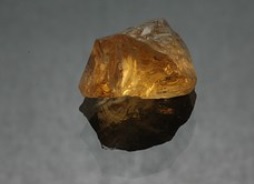 Beryl is actually a mineral, composed of beryllium aluminium cyclosilicate. The purest form of this stone is colorless, but impurities frequently add colors such as blue, green, yellow, white, and red. Beryl can be found in many locations across the globe, including Norway, Germany, Russia, Brazil, South Africa and the United States. The largest crystal found of any material was a crystal of beryl. It was found in Madagascar and weighed 380,000 kilos. It was 18 meters long and 3.5 meters in diameter. There are a number of different varieties of beryl, such as aquamarine, emerald, heliodor, goshenite, and morganite.

Some interesting facts about tourmaline

Tourmaline is classed as a semi-precious stone and can be found in a wide range of colors. Brightly colored examples of this gemstone were brought to Europe by the Futch East India Company as there was a great demand for gems and curiosities. It was often called the Ceylonese Magnet as it has pyroelectric properties that mean it can attract then repel hot ashes. In the 19th century, it was used by chemists to polarize light. 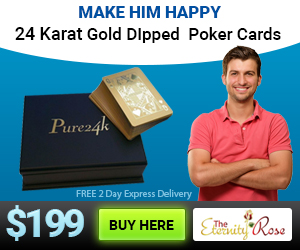 Tourmaline is the most colorful of gemstones and can be found in a range of colors, from pink to black. Tourmaline is renowned in the world of crystal healing for its ability to aid in the detoxification of the human body, and is one of only a few minerals that are able to emit negative ions and far-infrared rays. This ability means tourmaline is perfect for gentle healing, soothing, stimulating and detoxing the physical body and the mind. It is also used for gently increasing blood flow because it expands capillaries and promotes oxygenation and regeneration of the body.

Beryl and tourmaline are both exquisitely beautiful stones that can easily be incorporated into an item of jewelry. The obvious choices would be a ring, tie pin, or cufflinks. But they also make a great gift for the man who has an interest in science and nature. They can also be made into unusual items such as bookends, paperweights, and decorative boxes. You might also consider a photo collage, framed in a picture frame made of either material.

Even though this year isn’t considered particularly memorable, don’t let such an opportunity to show your spouse how much you care pass without any celebration. Spend some time looking at our site and we’re pretty sure you’ll find a gift idea that suits him perfectly. Your gift doesn’t have to be expensive, as it’s the thought behind your gift that matters more than its price tag. And providing it’s given with love your husband is bound to be bowled over with your choice of gift.

We wish you all the best on the occasion of your 38th wedding anniversary, and hope you enjoy many more years together.